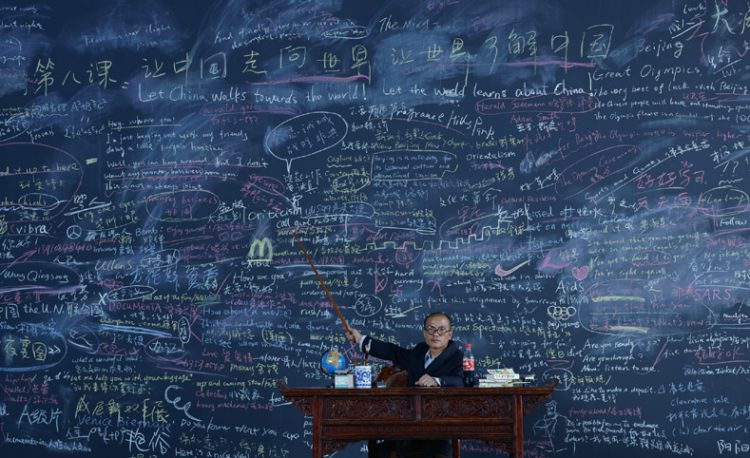 According to Big science, big physics, and big cosmology, you are too dumb to understand the universe.

They sell themselves and their theories as “only geniuses should apply and can understand”. You are told you need to go to a prestigious university and learn the truth in order to understand modern physics and cosmology. We are told by big science that their work is unintelligible by we mere mortals. But at closer inspection, this is not true.

THEY are fooling US.

It turns out that the average science lover does not require a PHD in physics to understand big science’s theories. The problem is not understanding the complicated theories of Big Science. The problems are the theories themselves which are paradoxical and riddled with inconsistencies.

During her book lecture at UCLA, Margaret Wertheim when talking about her book, “Physics on the Fringe“, described the problem with those people who claim big science is wrong and who create new models of the universe.  To her, the problem is one of communication, not of the theories themselves. According to Wertheim, big science has to do a better job at explaining the complexities of the universe because in her words, the universe is a very complex place. That is the reason why dissident science lovers abandon the complicated universe and adopt their “simple” models. She implied that they are like children who don’t have the ability to grasp the grownup model of the universe.

And when asked about whether or not some scientist from the CNPS would ever come up with some new model that would be accepted by the mainstream, the answer was unambiguous: “1oo% no chance”.

Big Science cannot even comprehend the possibility that their theories are the problem and could in fact be completely wrong. They prefer to put the blame on those who do not buy their theories hook, line, and sinker.

The idea of a superbrain seems to fill some important emotional need with the human race. It is as if we feel frustrated with our own lives and how that goes that we yearn to think there are humans are as somehow “superhuman”. The idea that some human has the computing capacity well beyond all of us and can unlock secrets of the universe that few if any of us can understand.

Asked in 1919 whether it was true that only three people in the world understood the theory of general relativity, the American astronomer Eddington allegedly replied: ‘Who’s the third?

It was Eddington’s experiment during the 1919 total eclipse of the sun that launched Einstein into the stratosphere who then became the first Big Science superstar. Einstein’s crazy white iconic hair and the mad scientist was born.

Once the atomic bomb was created by theoretical physicist, the theoretical physicists where not only politically powerful, but they claimed to be super geniuses with super brains that we mere mortals simply did not possess and therefore could never come to understand their theories.

Part of Big Science’s push to fool us into thinking that their theories of the universe are correct is the math. The math behind Big Physics and Big Cosmology is to say the least, extremely intimidating. Full of symbols and explanations that they claim require a PHD from a prestigious university.

Yet, it turns out that science woke PHDs from places like MIT found out that the theories and the math that were said to be impossible to understand, were in fact impossible and full of fundamental flaws. In other words, when you studied the math closely, it was wrong and fraught with mathematical and conceptual problems.

Three examples of such findings can be found in the math of black holes, special relativity, and the worlds most famous equation:

Stephen Crothers, a promising PHD student who was kicked out of a university in Australia for his work on black holes, has pointed out flaw after flaw in the mathematics of black holes. At one point it the derivation Carothers points out that two masses appear in th mathematical derivation which in effect, has no right being there given that black holes are one mass, not two.

A PHD student from Argentina through discussions with his physics professor discovers flaws in the math of Einstein’s special relativity that point out that Einstein’s coordinate systems in his derivations are mathematically redundant and when removed, produce a non-relativistic set of equations that show that in fact, the universe is Newtonian and not relativistic like Albert suggested.

Even Einstein’s most famous equation is not immune to the tricks of Big science. In the documentary film “Einstein Wrong“, director David de Hilster says he can make you doubt this equation in three words: “what is energy?”  Science woke folks who spend time looking at the complicated and even simple math of Big science know that energy is a concept that can be useful, but it is not a real thing in the  physical world.

Big science is happy to live with mathematical paradoxes and impossibilities because that is the way they fool everyone in thinking that only big scientists can understand big science. But the real Big truth is that Big science is wrong in big ways.

When we hear science evangelists talk about big science, they use big words that try and help “simplify” complicated theory. Black holes, the Big Bang, and space-time are now household names. They Higgs Boson becomes the “god particle” and parallel universes that touch each other to start big bangs are called “brames”.

One of the great problems today is the proliferation of slick graphics and 3D computer simulations. The Discovery and Science channels churn out programs at record rates and the cost of computer graphics to simulate scientific theory has gotten cheaper and better looking. Completely fabricated theories like the string theory often find themselves accompanied by “gee whiz” graphics that make things seem so real, that the public begins to buy into it. And even though strings and wormholes and the bending of spacetime may be as fanciful as big foot or aliens, they come across as real and powerful because of artist renderings that mimic make-believe reality that sometimes seems completely real.

With slick vocabulary and life-like graphics, the universe which theoretical physicist and cosmologists are selling is based on a very important “emotional” construct: magic. Science evangelists like Neil DeGrasse Tyson use their magical vocabulary and magical and complicated worlds to spin tales of a universe far more complex and perplexing than we anyone could possible comprehend – except for those with superbrains. The more perplexing the more it sells and simplification is completely out of the question. Mystery, suspense, intrigue, and the unknown equal ratings and ratings sell ads.

How then does Big Science continue to keep these illogical, um-comprehensible, and paradoxical theory alive and moving forward? The simple answer is: capitulation.

When I was in elementary school, there was a joke going around the playground which went like this:

A group of students come up together and they are all in on the joke. They find an isolated kid on the playground and come up to them and say: “Do you want to hear a joke?”. The lone kid is being pressured by the entire group to say “yes” and the kid finally says “yes”. Then the leader of the group tells the joke. “Two polar bears went down a slide. The first said on his way down ‘Weeeeeee!’. The polar bear on his way down said: ‘Weeeeee! I’m a radio!”. The joke teller then prods the loan kid and asks: “get it?” The entire group puts pressure on the kid until he finally capitulates and says. “Yea! I get it!” At which point the joke tells says: “Ha ha ha! There’s nothing to get!” and the entire gang then laughs at the victim.

That is how Big Science keeps their scam going. They teach you Big Physics and Big Cosmology where there is nothing to get. It is unintelligible, illogical, and paradoxical but if you want to be part of Big Science and get your PHD in physics or cosmology, you must go along with the group, be able to “speak their speak”, and join in on intimidating new followers into their flock in order to keep this world of unicorns intact.

Critical Thinkers to the Rescue

The reason this article and logic even exists, is because of the growing band of true critical thinkers in science who have challenged the non-nonsensical theories of Big Science, found their flaws, and who are coming up with new and better models, theories, and math.

This is not a fast process. We have been trying to find better models for almost 500 years and are still not there. But the answers don’t lie inside Big Science. They lay outside. Big science no longer can fool us. We have the internet where we can investigate truth like no other generation of humans before us.

It just take time for each of us to read and investigate ourselves. And what you will find, will make you love science all over again and give you hope that we can indeed move science forward again despite Big Science trying to fool us otherwise.