For decades, David hung out with some of the best scientific critical thinkers on the planet. Throughout the years, there were some very important “eureka” moments as David collected what he called the best of the best ideas and concepts. During this time, David gave talks at the NPA and CNPS conferences always stating up front that he did not have a theory or model for the universe of his own.

But then one day in 2015, David was at a meeting at his fathers house with a friend where his dad was giving a talk on his work on gravity. David sat their listening to his fathers presentation when a slide came up on the screen that turned out to be one of the biggest scientific “eureka” moments of David’s life.

His father calmly explained something he developed a few months earlier on what he called “how to make waves with particles.” David jumped up from the couch startling everyone. He frantically paced around the living room muttering to himself and finally turned to his father and said: “you found a solution to one of the most important problems in physics.”

His dad didn’t quite understand but two weeks later, he came to David and said: “I think I came up with a solution to the wave / particle duality problem!”

Months later, David put together every previous eureka moment together with his dad’s solution and then went to his dad and said: “we have to write a book!”

Today, David and his father Robert de Hilster published their book “Principia Mathematica 2” in August 2021 using their Particle Model“. David is also president and webmaster for the John Chappell Natural Philosophy Society as well as the editor and chief and chief programmer and graphic artist for the online science magazine Science Woke.

David is one of those modern Renaissance men who can walk and work with the best in art, computers, and science. Be sure to check out his YouTube channel “Dissident Science” as well as his entertaining feature-length documentary, “Einstein Wrong – The Miracle Year“.

Here are some links to get to know about David and his works:

The Real Reason Why Einstein Became Famous
by David de Hilster
It wasn't until just days ago that I finally came to the realization as to why Einstein became so famous. After almost three decades studying arguments against relativity including spending over 8 years making the documentary "Einstein Wrong", I finally pinpointed exactly why the public put Einstein onto a pedestal. >>>think critically... 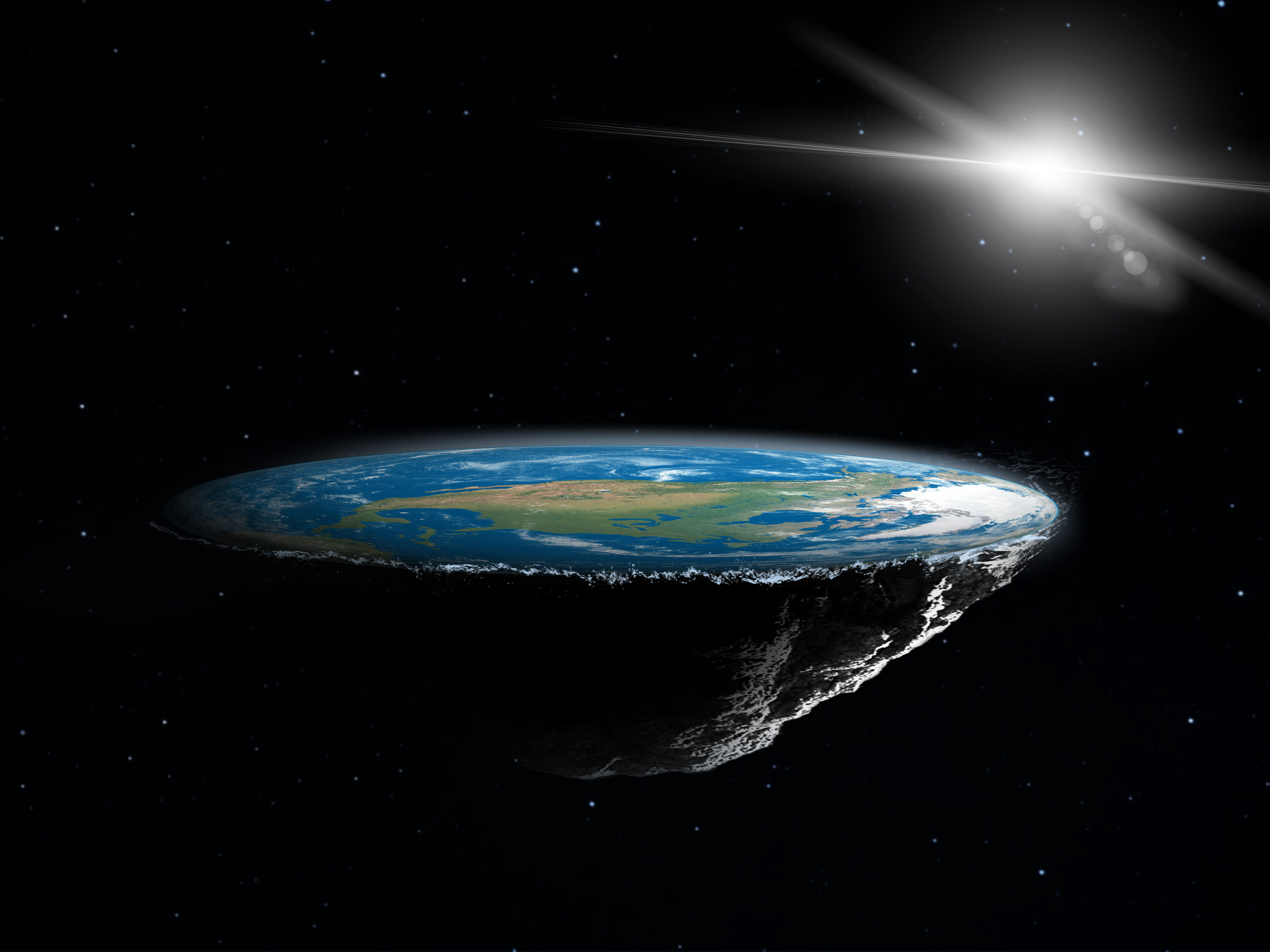 Weaponizing the Flat Earth Movement
by David de Hilster
At first glance, the flat earth movement seems to undermine everything rational in science. Mainstream media and even dissident scientists like to point out how the flat earth movement is proof that the internet can spread scientific heresy to a gullible population. But there is a larger more nefarious agenda behind mainstream science’s attack on the flat earth movement and that attack is far far more dangerous than the “flat earth society” itself. >>>think critically... 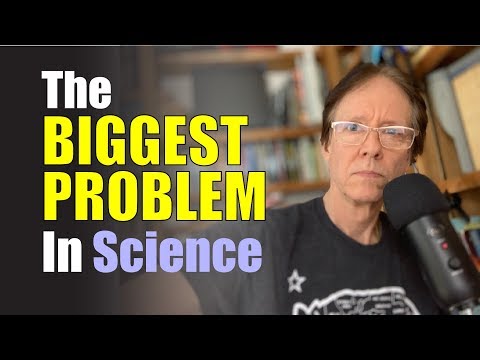 The Biggest Problem in Science Today
by David de Hilster
The biggest problem in science today isn't our theories or models. It isn't our universities or institutions. It isn't our technology or need for the next "bigger" particle collider. It isn't even the mainstream or dissidents. It is something much more insidious. Yet 99.99% of us are guilty of this and no one talks about it. But I'm going to talk about it today and better yet, I will tell you how I broke the habit of doing it myself. >>>think critically... 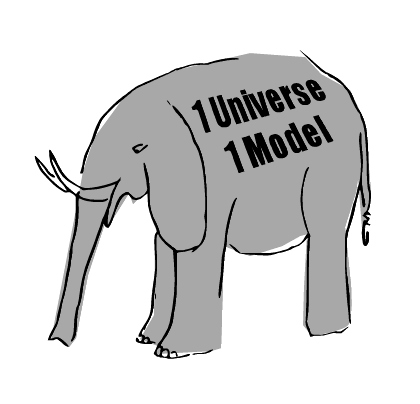 Four Forces – A Dissident Perspective
by David de Hilster
It is probably the most sought after prize in physics. Einstein wanted it, everyone talks about it, and dissidents claim to have solved it. What is it? The unification of the four forces in nature. The latest in this quest for the "grand unification" has been quantum gravity or the unified field theory where physicists are trying to unify Einstein's general relativity with the strong force inside the atom. So far, there has been little success with many candidate theories not passing the grade and having been debunked by the experiments during the last 10 years of the Large Hadron Collider. >>>think critically... 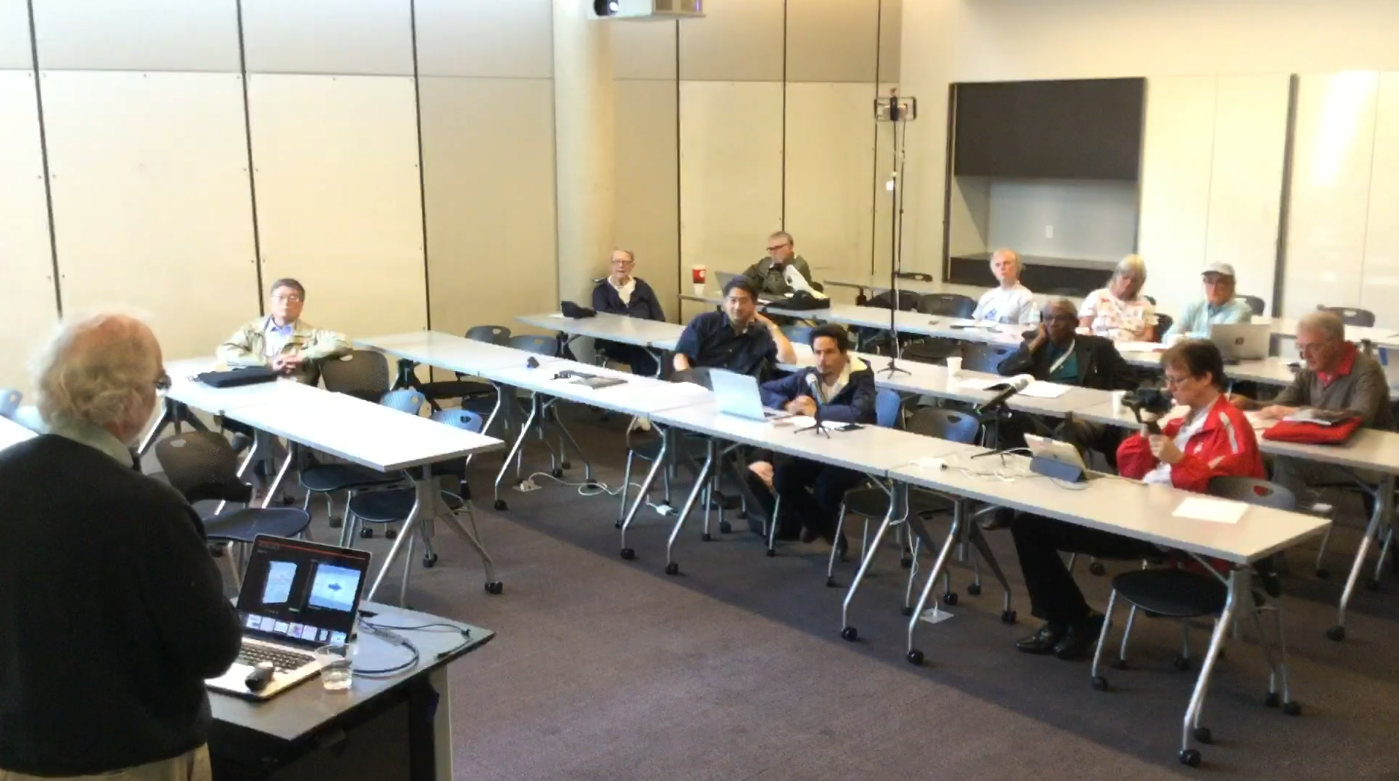 CNPS 2019 Conference at the University of Washington a Resounding Success
by David de Hilster
With a number of sunny days, the conference was held in Alder Hall on the beautiful campus of the Unversity of Washington with majestic buildings, amazingly large trees, and beautiful vistas of the mountain including a picture-perfect view of Mount Reneir. >>>think critically... 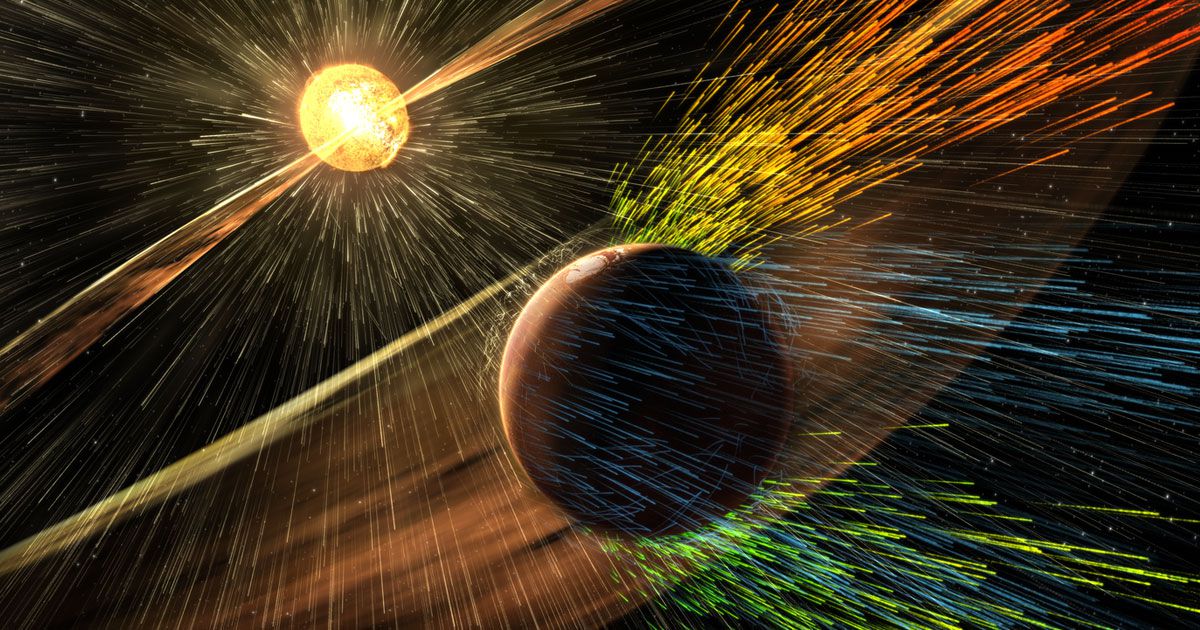 The Impossible Photon
by David de Hilster
Light just may be the most important phenomena in the universe to life. It transmits information about the physical world around us and has fascinated we humans for thousands of years. But the biggest question about light still remains: what is it really? Mainstream science tells us that it is photon. Yet if you look at conventional descriptions, one quickly learns that the definition seems still very unclear. >>>think critically... 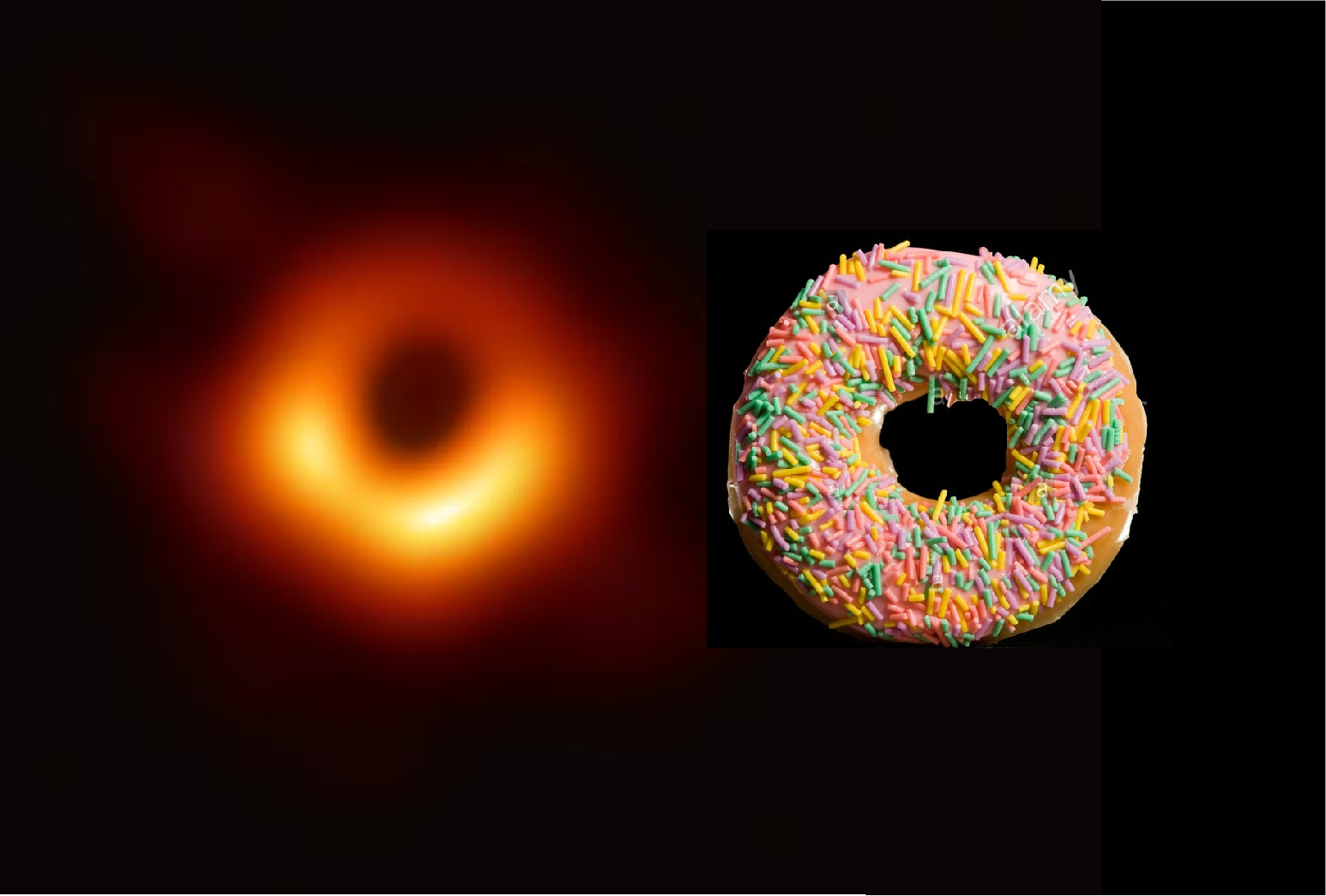 Critical Thought on the Black Hole Image
by David de Hilster
The hype for the latest "great scientific achievement" follows other recent "great scientific achievements" such as the detection of "gravity waves" and the confirmation of the Higgs Boson known as the "god particle". These announcements are usually publicized weeks in advance in order to create maximum hype and peek interest in what quickly becomes irrelevant to society as a whole. >>>think critically... 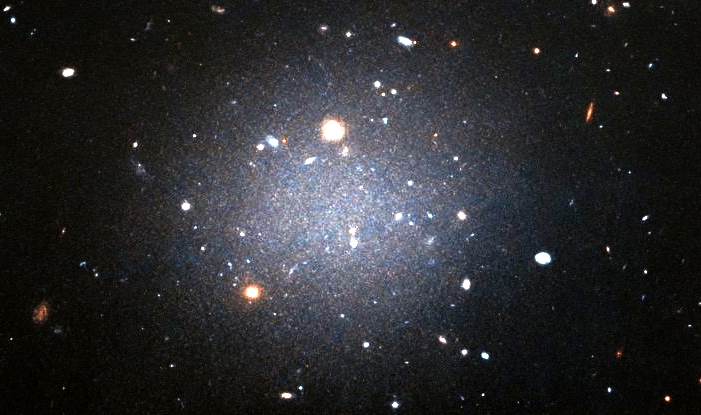 Galaxy Geometry Reveals No Need for Dark Matter
by David de Hilster
The shape of a second galaxy without dark matter clearly illustrates something many dissidents have suspected, but few understand: why dark matter is not needed. It has to do with something that mainstream and most dissident scientists have not taken into account: the geometry of gravitational fields. >>>think critically...

Cosmology Quest – Documentary Knocking Down the Big Bang
by David de Hilster
A group of renowned cosmologists and astrophysicist are in search of a realistic picture of the universe. Their research and observational discoveries point in a direction diametrically opposed to the predominant Bog Bang theory – this leads to a series of sociological situations that verge on the extreme dogma controls wielded against Copernicus and Galileo in the past; only now against our protagonists of the 21st century. This is a controversial science documentary touching on the nerve of everything astronomers and cosmologist claim they know about the universe today. >>>think critically...