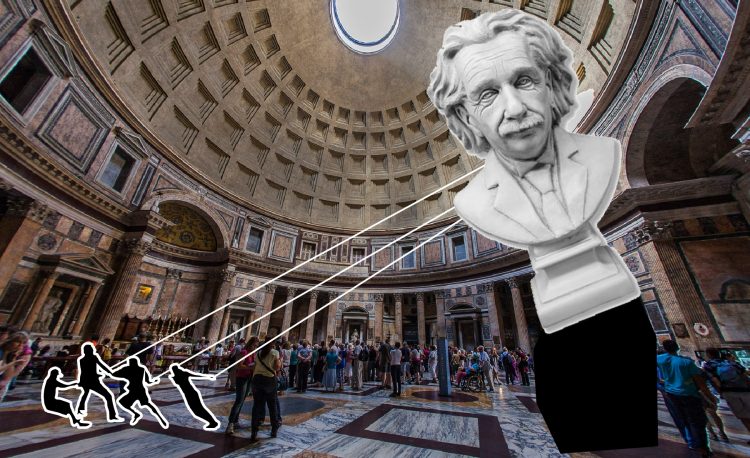 To the critical thinker, the signs are clear: we are in the middle of a scientific revolution. And there are two very clear signs of this revolution:

What is shocking, is that we have been in this revolution for over 400 years.

Signs of the revolution are everywhere with Big Science headlines often bordering on the ridiculous. We see titles that often make us wonder if scientists have gone mad and if anyone but ourselves is noticing the madness. The good news is that your reaction is spot on and that indeed, the headlines we read reflect a crisis in modern science. Here are just some of the more recent headlines:

The here point is simple: Big Science has is lost and the craziness that fills the news today shows just how lost it is. And yes, you are not crazy or alone for thinking this.

In 1962, an American physicist, historian, and philosopher wrote one of the most cited books in all of science: “The Structure of Scientific Revolution“. In it, he outlines a cycle of how science goes through a scientific revolution.

Kuhn gives examples of various scientific revolutions from the past:

The major difference between Kuhn and the community of critical thinkers is that the “relativity revolution” was not the end of a paradigm shift, but the beginning. Today, over 100 years later, Big Science is still stuck in the 3rd and 4th stages of 5 in Khun’s cycle of scientific revolution.

Here is the “Kuhn Cycle” as currently seen by the many in the critical thinking community:

Normal Science simply means that mainstream science is in a stable time where the current model is working well with little complaints. Between Newton and Einstein, the model for science was Newton’s classical mechanics and included the industrial revolution which yielded great technological advances, many of which are still used today.

But soon after Newton, the model began to drift and Newton himself was part of this.

In the early 18th century, Newton himself began to suggest a shift in the classical mechanical model of the universe to one that would give physical substance to light and gravity. He and his contemporaries were the first to suggest that light and gravity had “mediums” and that force was transmitted by what they called a luminiferous aether.

This idea for luminiferous aether or graviton particles to transmit light and gravity signaled the start of a model revolution that continues to this day. Unfortunately, no one in Newton’s time nor in the hundreds of year after, could come up with a universally accepted physical model for gravity or light.

In an earnest persuit of a physical model for light, scientists in the 19th century were in search of an “aether” medium through waves of light would travel, much like waves of sound travel through the air. Michelson and Morley famously tried to find this aether but their results showed nothing.

It would take a young upstart scientist to kick us into model crisis and eventually usher us into full model revolution.

Here is where those outside mainstream science interpret Thomas Kuhn’s paradigm shift cycle differently from Kuhn himself. As we said earlier, Thomas Kuhn considered relativity a moment where the paradigm of Newton switched to a paradigm of Einstein. But critical thinkers consider this the start of model crisis. If Einstein’s theories were correct, then a paradigm shift did indeed happen with the introduction of the theory of relativity. But if Einstein’s theories proved wrong, then it signaled a model crisis where the model breaks down.

In this case, there was a false paradigm shift. Big Science of the 20th century thought they took a turn into what they considered to be a paradigm shift but in reality, was a dead end.

And what fueled this wrong turn in science was a new “arrogance” where 20th-century scientists began to play “god” by imposing their own mathematics and universal assumptions upon the universe, taunting the universe to try and “disobey” the genius of man.

This was the start of a very long and costly diversion from science and the scientific method. And in reality, it was the start of model crisis where the paradigm that physicists chose to shift to, was wrong.

Abandonment of the Scientific Method

In 1905, Albert Einstein came along and changed the way we did science. Instead of observing the world around us, finding something new or different, and then trying to explain it, Einstein decided he would create laws of the universe that must be obeyed. This was an extreme shift in the scientific method which until then, required observing phenomena first, then coming up with theories or laws in response. Einstein set a fatal precedence that launched physics into a hundred-year crisis where inventing theories became the norm.

Here are the laws of Physics which Einstein created for his special theory of relativity:

These “assumptions” causes big big problems in that it required time, mass, and length to change depending on your relative speed and there was no way to tell who was moving compared to whom. Einstein never measured mass increasing, time slowing down, or length contracting. He simply put forth with laws of the universe, and the mainstream world scrambled to find “proof” or data that would agree with Einstein. This continues to this day with science headlines regularly declaring experiments or analysis of data to “show once again that Einstein was right.”

In 1915, Einstein tried to fix some of these problems introduced by his special theory of relativity by inventing general relativity and it’s infamous “space-time”. Through thought experiments and mathematics, Einstein once again imposed upon the universe new rules which it had to follow and In 1919, Edington claimed to verify that gravity bends light and mainstream science doubled down on Einstein’s inventions and the apparent ability for scientists to dictate their theories and models to the universe and not visa-versa.

Bit not all was lost. A band of critical thinkers who saw through the arrogance and invention began to chip away at what mainstream 20th-century science was producing, documenting what went wrong, and then proposing new models.

And as those critical thinkers slowly moved science back on track, Big Science was fulfilling Thomas Kuhn’s prediction of model crisis on a grand scale.

After Einstein, invention became the norm with the introduction of the first of many invented particles – particles that were postulated but never observed. In the early 1930s, Wolfgang Pauli applied special relativity to radioactivity and exclaimed that if special relativity is correct, that there must be more energy measured from radioactivity then what was measured. Even though the energy measured exactly balanced out during the experiment, once again, imposing laws on the universe took over. Pauli postulated a new particle later called the “neutrino” which invisibly carried away the energy. The particle had no charge and no mass and was essentially a ghost.

Many invented particles followed including quarks, gluons, w & z particles, and the latest: the Higgs boson.

One simple question you may have about this “reinterpretation” of Kuhn’s Cycle: if these particles are not real, what are today’s physicists finding? They answer: we don’t really know. Particle accelerators depend on “signals” found during collisions and this is anything but an exact, engineering problem (See the “Higgs Fake” by Dr. Alexander Unzicker).

Unzicker points out seven major flaws in the methods particle physics uses that show their claims of “confirming” particle existence to be impossible for any critical thinker to accept as valid.

Since the time of Newton’s, critical thinkers have tried to find “physical models” for light, gravity, magnetic fields and the like. Newton talked about corpuscles being the force of gravity and in the 1800s, most all scientists working in what we call physics, were trying to prove the existence of an “aether” or medium for light.

In the modern era, Dr. Ricardo Carezani in the 1940s came up with a mathematical and physical error in Einstein’s special relativity that allowed him to throw away special relativity and the neutrino, and describe the subatomic world of atom smashers to be classical mechanics throwing away relativity and space time and replacing gravity with a particle.

Today, we have dozens of proposed new models from critical thinkers that model light, gravity, and atomic structure that are great improvements from the “standard” model. This coincides with Kuhn’s next cycle he calls “Model Revolution”. This is a point which he says that the new data being collected is ample enough to simultaneously support various models that compete to eventually become the next paradigm shift or “Normal Science”.

Real Advances During the Last 450 Years

Even though the critical thinking community recognizes that we have taken a wrong turn and have actually been in model revolution for over 400 years, advances in science have occurred. Two important advances have been made during this time that have been exploited and become extremely useful: the atomic periodic table and electronics.

The periodic table along with atoms and molecules have resulted in major advances in materials and healthcare while electronics have produced computers and communication devices that have proved invaluable to our society as a whole.

But when it comes to explaining the physicality of light, gravity, magnetism, and electricity, physicists have little to offer. It is exactly in those areas that today’s critical thinking community are offering answers.

Modern aether theories are theories which state that light are waves through a medium that permeates all of space that is call “aether”. This is actually a fairly old notion and although Big Science has relegated it to the dust bin, modern aether theories flourish and are by far the largest group of new models and theories being proposed today by critical thinkers.

Lattice models are less common but they fill space with a lattice structure – something like a scaffold. Everything in the universe is described through this lattice including light waves to matter itself.

One example of a structure model is that of Dr. Bill Lucas and his universal force equations. This is not for those squeamish with math. Dr. Lucas has come up with force equations (for the 3 or 4 forces of the universe) that match with current data from the subatomic level to the cosmological level.

No Paradigm Shift Yet

In reality, we are in the most exciting of times. Model revolution is here and the models are getting better. We must be persistent in our pursuit of a better model we can all agree upon.

But we never, ever should reach the point that Big Science has reached today: where teaching “truth” has replaced the art and science of critical thinking.