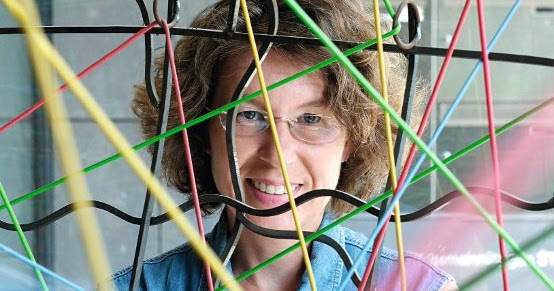 With all the triumphs that Big Physics trumpets from their cathedral of the Large Hadron Collider, it is noteworthy news when one of their high priests or in this case priestesses leaves abdicates their lofty position and then goes onto reveal why the left. And it isn’t a positive story.

But that is exactly what Sabine Hosenfelder did when she left particle physics and wrote the book “Lost in Math“. In her article in the New York Times from January of 2019, she stated:

Ten years in, the Large Hadron Collider has failed to deliver the exciting discoveries that scientists promised.

What would lead a physicist with a promising career to leave the largest and most famous particle accelerator (the Large Hadron Collider – LHC) in the world and to write a book giving us hints throughout why she left. Here is a hint from a quote from a colleague Doyne Farmer near the end of her book:

‘I think beauty is great, and I’m all for elegance,’ Doyne says. ‘But I worry when there is too much math piled on top of math pile on top of math, even it it’s elegant math. It might be nice math, but at the end of the day how certain are you that you’re really doing science?’

Sabine Hosenfelder, from “Lost in Math”

Sabine is describing the feeling of being in today’s modern particle physics and not sure she feels like she or anyone else is contributing to science.

Particle physics is not the only problem area seen by ex-particle physicist Sabine Hosenfelder. Quantum mechanics is also very problematic. When interviewing Steven Weinberg in Austin Texas, he said

Steven Weinberg, from “Lost in Math”

Whether pondering black holes or predicting discoveries at CERN, physicists believe the best theories are beautiful, natural, and elegant, and this standard separates popular theories from disposable ones. This is why, Sabine Hossenfelder argues, we have not seen a major breakthrough in the foundations of physics for more than four decades. The belief in beauty has become so dogmatic that it now conflicts with scientific objectivity: observation has been unable to confirm mindboggling theories, like supersymmetry or grand unification, invented by physicists based on aesthetic criteria. Worse, these “too good to not be true” theories are actually untestable and they have left the field in a cul-de-sac. To escape, physicists must rethink their methods. Only by embracing reality as it is can science discover the truth.

Here are some links for Sabine Hosenfelder: