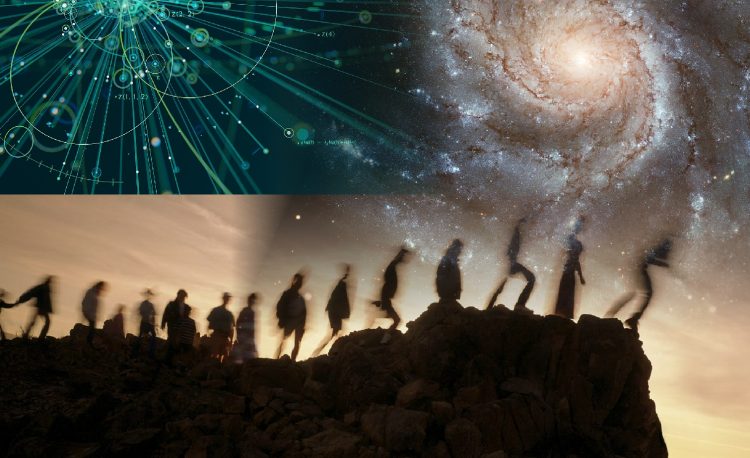 Universities, science magazines, and science evangelists never talk about problems with the big bang, relativity, particle physics, quantum mechanics and the like. To them, criticisms exist because those who criticize mainstream science simply don’t understand the complexities of modern science.

But why hasn’t mainstream science or universities recognized that we are in a scientific revolution where relativity, particle physics, and even quantum mechanics are being questioned at their very foundations?

All the answers have very little to do with science.

Money, Jobs, and Making a Living

What often keeps humans from progressing in most any endeavor is money, a job, and putting food on the table. If you are a young science lover and want to enter into a physics or cosmology, you quickly find that if your goal is to question mainstream science and theories like the big bang or particle physics, you will not find a place at a table where you can make a living at being a scientist.

When asked why Big Science doesn’t accept change, retired scientists, professors, and engineers will tell you that the reason physics is stuck is that in order to get a job, you need to not “rock the boat”, to follow the mainstream in order to make a living in physics or cosmology. In fact, many engineers admit that they were first attracted to physics, but when they found out that you had to repeat the “truths” of your physics 101 class without question, many switched to engineering so they could search for truth without peer pressure.

A science study from 2002 found out that one third of researchers admitted to scientific misbehavior:

The U.S. Office of Science and Technology Policy defines research misconduct as “fabrication, falsification, or plagiarism in proposing, performing, or reviewing research, or in reporting research results.” But “the definition of misconduct varies from university to university, and from country to country,” Steneck says…

…scientific misbehavior is far more common than most people realize, according to a 2002 survey of 3,600 mid-career scientists and 4,160 postdocs whose research was supported by the National Institutes of Health (NIH). 33% of respondents — 38% of mid-career scientists and 28% of early-career scientists — admitted sanctionable misbehavior in the previous 3 years, including falsifying or fabricating data, not disclosing conflicts of interest, using others’ ideas without credit, and failing to present data that contradict one’s previously published research.

Most of the scientists who are the Nobel-Prize winners in physics are hungry for recognition. Let’s face it, nerds are not the best treated members of our society and this creates a great necessity to “fit in”, to be “accepted”, to feel “worth” in society. If you can invent a particle, pretend to find it because you saw some “signal” in an atom smasher, you stand to win the “oscar” of science: the Nobel Prize. This is exactly happened with the Higgs Boson which only a year after its “discovery”, won a Nobel Prize for its “inventor” (see the book “The Higgs Fake” by science woke author and physicist Dr. Alexander Unzicker).

In the documentary “Einstein Wrong – The Miracle Year”, director David de Hilster reported that 50% of the students heading for physics majors at universities said they would forgo truth in order to keep their positions at prestigious universities. That’s quite shocking that even in High School, students understand that job positions, power, and prestige are above scientific integrity.

Invalidation is Not Tolerated

It is very important for young physicists and astrophysicists to stick with the status quo to secure their jobs, their positions, and their hope to win Nobel Prizes. Their university professors do a great job of suppressing critical thinking that criticizes current theory because new models and new theories would invalidate years and even decades of their work.

If for example we were to throw out all of particle physics as many critical thinkers suggest, it would invalidate thousands of people’s lifetime work, but also invalidate the billions of dollars spent on super collider projects like the Large Hadron Collider in Europe and there would be too much egg on too many faces.

It comes down to emotional attachment. Scientists are no different from other humans where emotions often trump truth. To say to those studying the big bang for 35-40 years of their life that their lifetime work was on something that never happened, can be harsh.

Even critical thinkers with new theories often suffer from becoming too emotionally attached to their new theory. If their theory states for example that the universe is all gravity, often time critical thinkers will try to fit everything into that theory and any objections or obvious problems with their model will be ignored not because the counterarguments are wrong, but because they have fallen in love with their own theories and systems and refuse to change or even let go.

The correct attitude in this author’s opinion is one of an “engineering attitude” where a critical thinker doesn’t allow themselves to become married to anything in their work. Like NASA scientists during the moonshots, we must remain emotionally cold to our own ideas and solutions and always surround ourselves with others who are trying to solve the same problems.

Additionally, we need to stay open-minded to the possibility that someone else will come up with a better idea, even using our own ideas to construct better ones.

Changing of the Guard Will Happen

Just like the stone masons before the age of steal had lifetime jobs at their trade, they eventually had to change professions or retire when stone carving was no longer needed. Such will be the case for many in theoretical physics and cosmology.

When theories like the big bang, relativity, plate tectonics, quantum mechanics, and particle physics go by the wayside and are replaced by newer and better models and theories, clinging onto old and outdated theories will be looked upon negatively and those people will either switch, or their generation will die out leaving a new generation to take science forward.