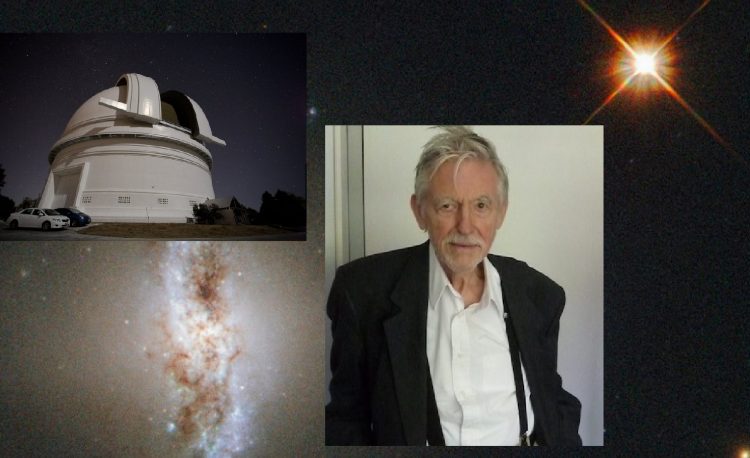 No one was more happy looking through the giant telescope at Palomar Observatory than Halton Arp. It was at the time, the largest telescope in the world boasting an incredible 200 inch diameter mirror. Peering as far into the universe as man could at the time, Haltons’s curious mind drew him to the unusual. Where most astronomers were looking for beautiful galaxies with perfect spiral arms, Halton was fascinated by the bizarre.

Little did he know that his critical mind and endless curiosity would eventually lead him the conclusion that the Big Bang was in fact wrong, which in turn would lead him to be banned from what he enjoyed most in life: to peer into the heavens with his critical mind through his favorite telescope.

He also quickly realized that those in high places in science and cosmology were in fact not critical thinkers and blinded by their own flawed theories and models. Big Science wasn’t interested in big changes, even if it meant supporting flawed models like the Big Bang.

Halton Arp (March 21, 1927 – December 28, 2013) was an American astronomer who was best known for is Atlas of Peculiar Galaxies published in 1966. Although mainstream cosmology interprets these strange structures as interacting and merging galaxies, Arp thought they were better interpreted as ejection phenomenon such as plasma ejections. Through his observations of these peculiar galaxies, Halton Arp developed an alternate interpretation of redshift which he referred to as “intrinsic redshift”. However, because intrinsic redshift contradicts the Big Bang model, he was subsequently ostracized by the scientific community and denied telescope time for his research. This didn’t stop him though. As a true critical thinker, he found a way to continue his research unto his dying days.

I gloomily came to the ironic conclusion that if you take a highly intelligent person and give them the best possible, elite education, then you will most likely wind up with an academic who is completely impervious to reality

Halton Arp was a true critical thinker. He felt the same “gloom” that most critical thinkers experience these days when they come up against the force of academia. It has become the unspoken duty of academia to suppress and ignore anything not mainstream. Unfortunately, the force of academia may never be unified with the force of the critical thinker, and so it seems, we are on our own.  In reality, academia is terrified of change and for this reason, they are desperately clinging to their version of reality. Buddha taught that clinging (to reality) is the cause of all suffering, and so, you can imagine why the proponents of the mainstream model of reality are fearful of the ones that want to change thing up a bit.

Halton Arp’s “fight for telescope time” should never have happened. He was a great astronomer and was merely stating his opinion on what he thought was going on. There is a word for that, and that word is, “interpretation”. No interpretation of an observation is 100% true. It cannot be. What I interpret as the colour red, someone else might interpret as the colour green. This is why one interpretation of an observation should never be considered as the final word. But this is in fact what happened with Hubble’s Law.

Amazingly, Halton Arp was a protege of Edwin Hubble in his earlier years when he was still a student. He got his bachelor’s degree from Harvard in 1949 and his PhD from Caltech in 1953 (the same year Edwin Hubble passed away). In 1957, Arp began his 29 year stint at the Palomar Observatory which housed the largest telescope in the world at the time, a 200 inch Hale telescope. Arp’s main interests were in galaxies with strange shapes. After many years of observation, he published is infamous “Atlas of Peculiar Galaxies”.

Over time, Dr. Halton Arp was ostracized because his interpretation of cosmological red shift challenged the standard interpretation, thus, calling into question the ever popular Big Bang Theory.  Anyone that questions the validity of mainstream physics, even when they are presenting obvious flaws, are ostracized, their publications are rejected,  they do not receiving grants and/or, they are denied the tools that they need to continue their research. In the case of Halton Arp, they took away his telescope time.

In 1993, after getting chased out of town by daring to be a critical thinker, he moved to the Max Planck Institute for Astrophysics, in Germany where he remained until 2013.

In the 1950’s, bright radio sources were discovered that contained spectral lines that didn’t seem to fit any known cosmological objects. They weren’t sure what these objects were, so they called them Quasi-Stellar Objects or quasars for short. Eventually, it was realized that the strange spectral lines from these quasars were in actuality the spectral lines of hydrogen, only highly redshifted from the normal hydrogen lines.

At the time, cosmologists were associating redshift with the expansion of the universe, commonly known as Hubble’s law. However, if these redshifts were due to expansion of the universe, then, not only were these objects extremely far away, in both space and time, they would also have to be tremendously luminous, beyond any object ever seen before. Some of these quasars are (allegedly) so far away, it appears that they are moving away from us at faster than the speed of light. So, now we have a paradox.

On Redshift and Expansion

In mainstream cosmology, objects that are highly redshifted are said to be really far away, both in space and in time. Not only that, but looking at the redshifts of very distant objects, it appears that these objects are accelerating away from us at increasing speeds the farther back we look.

This led to the idea that the expansion of the universal is accelerating. The problem with this interpretation is that, at some very far distance, the objects must be moving away from us at greater than the speed of light, which is a contradiction to the premise of mainstream cosmology, that nothing can go faster than the speed of light. This is reminiscent of what happened in the past when we used to think that the distance stars traveled around a stationary earth.

The problem with that interpretation was that, at some extreme distance, the stars must be travelling faster than the speed of light. In other words, both the geocentric model and the mainstream redshift model, leads to a contradiction. The fact that the geocentric model turned out to be wrong, should have been a clue that something is terribly wrong with the mainstream interpretation of redshifts. In comes Halton Arp.

When Halton Arp was studying his peculiar galaxies, he discovered something unexpected regarding these Quasi-Stellar objects. Although mainstream cosmology equates extreme redshift to with extreme distance in both space and time, what Halton Arp discovered was these quasars were not evenly spread out over the sky, but instead, they tended to cluster around certain galaxies, in particular, galaxies with active galactic nuclei (AGN) or Seyfert galaxies. Not only that, but some of these quasars appear to be physically connected to and/or imbedded into the geometry of their “host” galaxies.

In the end, Arp had no choice but to conclude that the redshift of these objects was not due to Hubble expansion. Instead, these redshifts must have an “intrinsic” origin not related to expansion. After studying countless cases of Seyfert galaxies surrounded by quasars, he concluded that quasars must be local objects (local to the host galaxy) and were ejected from the cores of the galaxies as a kind of plasma ejection. This, of course, called into question the popular theory at the time, the Big Bang Theory.

If Halton Arp was right, then the Big Bang cosmologists had a lot of explaining to do.  However, after presenting his findings, instead of rethinking the Big Bang model based on these new findings, Halton Arp lost his telescope time and was literally chased out of town. In order to continue his research, he had to move to Germany.

On Quantization of Redshifts

When he did this, he discovered that the quasar redshifts always took on certain discrete values. Every quasar cluster that he studied showed these same intrinsic values. He also observed that the redshifts would become lower and lower the farther away the quasar was from the host galaxy.

After years of researching this, a pattern began to emerge. After a quasar is ejected from an active galactic nucleus, it begins its journey to the edge of the galaxy. The farther away it gets from the core, the lower the redshift becomes. These redshift changes happen, not gradually, but in jumps, not unlike the quantum transitions of the electron inside the atom. Eventually, the quasar escapes the boundary of the host galaxy and begins to “evolve” into a normal galaxy, self-similar to the host galaxy. In other words, it appears from the work of Halton Arp, that galaxies give birth to other galaxies.

The story of Halton Arp is an important one as it demonstrates the ignorant and self-serving role that academia and Big Science plays in the suppression of new ideas and critical thinking. Luckily, we have groups like the CNPS that are willing to keep these stories alive for the current and future critical thinkers.

An interview with Halton Arp
https://www.aip.org/history-programs/niels-bohr-library/oral-histories/4490 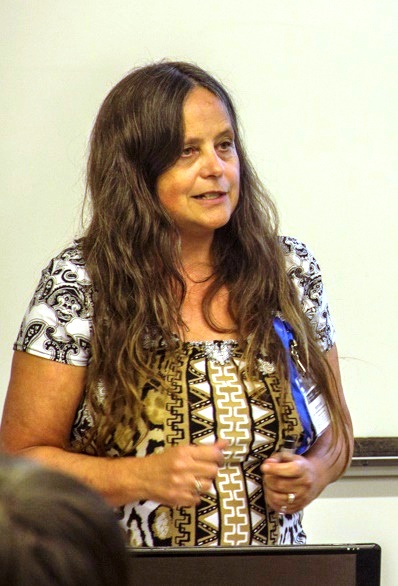