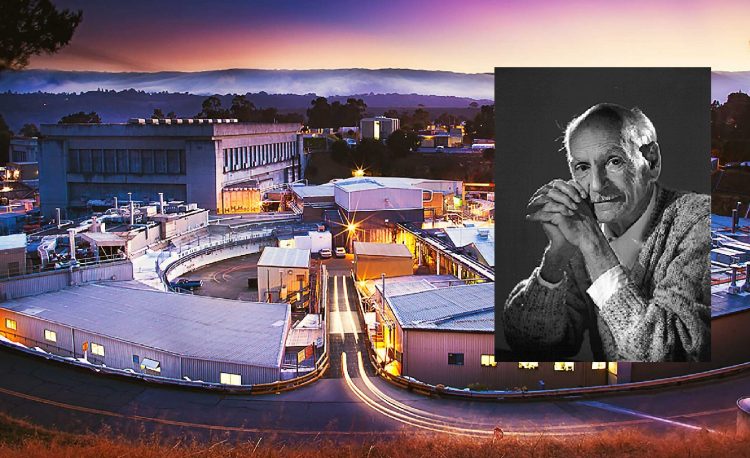 It all started when a brilliant young Argentinian student asked his college physics professor a simple question: why a kinetic energy equation was being applied to radioactivity for making calculations for energy loss? (see my article on what young Carezani found). Radioactive elements give off energy without the need of anything externally. Kinetic energy is energy that comes from something hitting something else – it is an external force. Radioactivity was all internal.

Four years later, young Ricardo Carezani had found a number of fatal flaws in Einstein’s special relativity and had simplified this equations. He tried to publish he findings and hit a brick wall. He eventually got someone to print 300 books of this work and his work came out in a newspaper in Argentina but still nothing.

Carezani made a living from using his science and engineering skills, putting his work on hold. Once his daughter was older and had studied English and was willing to travel with him, he took the next step forward which would eventually lead him to doing an experiment at a famous particle accelerator.

Ricardo came to the United States for the explicit reason to perform an experiment that needed a particle accelerator. Through his daughter’s live translations, he befriended physicist Dr. H. Pierre Noyes at the Stanford Linear Accelerator and explained his experiment. He wanted to show that his simplified equations were correct over Einstein’s equations for special relativity.

With a lot of work and persuasion, Carezani finally was able to perform the experiment and to his and other’s disappointment, the experiment did not in fact show his autodynamic equations to be correct over Einstein’s.

After the “failed” experiment, Dr. Carezani analyzed the setup and discovered that the experiment itself was flawed and could not ever had distinguished between Einstein’s special relativity and his autodynamic equations.

Ricardo came up with a new experiment that corrected the problem. But because the first experiment challenged one of the “gods” of physics – namely Albert Einstein – the scientists at Stanford were not interested in pursuing any more experimentation involving autodynamics. They had already declared autodynamics and Carezani wrong and another victory once again Albert Einstein. After all, so many have tried to knock Albert off his pedestal and none have succeeded.

Big Physics turned its back on Carezani and didn’t want to have anything to do with him after.

With a new experiment in hand, Carezani now tried to get others to perform his experiment. The experiment called the “New RadiumE Experiment” was carefully delineated by Carezani, ready to be performed.

Looking towards other routes to do his new experiment, graduate students showed interest in Carezani’s second experiment which did not require a particle accelerator. It simply needed some radioactive material. The idea was to show that the neutrino particle indeed did not exist and therefore the autodynamics equations which eliminated the neutrino was superior over Einstein’s special relativity.

Both students argued that if Einstein was wrong, this would be a very important experiment. But the professors argument for not doing basically said that it is not important if Einstein is wrong or right. It is important that you do not show Einstein Wrong. Many have tried and all have failed. The students were told that even trying to show Einstein wrong was political suicide and that it would be almost impossible for a student to get any academic or important position in Big Physics

The Emperor Has No Clothes

Challenges to Einstein, the Big Bang, particle physics, black holes, and the like are met with visceral reactions from Big Physics and Big Cosmology. The same arguments of “you are not schooled in accepted theory” seems to be their biggest argument. Students learn quickly that truth is to be learned, not to be challenged.

Dr. Ricardo Carezani with his brilliant work fought over 60 years to show what he found wrong with special relativity and how his new equations were simpler and more intuitive.

I, being a student of Dr. Carezani certainly know the importance of his work and will continue to carry on so others know both of his story of struggle, and his triumph in furthering physics.

But the personal price that critical thinkers must face – sometimes a lifetime of fighting, is not only a human tragedy for the individual who looks to change the world, but a scientific tragedy that robs science of one more important step forward in the advancement of science.