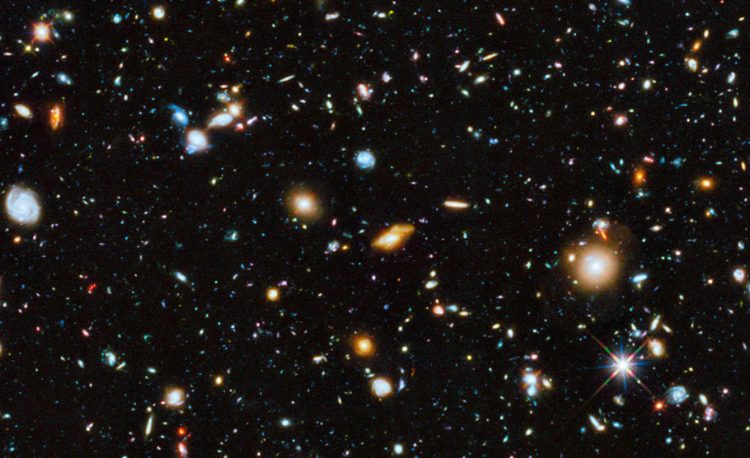 This article is a layman’s explanation of the technical paper Cosmic Expansion vs. Galactic Density by Ray Gallucci.

If the big bang happened, the distribution of galaxies should show evidence of expansion. If there was expansion, then we expect as we look further and further into deep space, that the spacing between galaxies would decrease. If however, we find that galaxies are evenly distributed, this would not support the theory of an expanding universe or the big bang and we would have to conclude that the universe is more of a steady-state universe without a big bang.

One of the fundamental tenets of the Big Bang/Expanding Universe theory of mainstream cosmology is that galactic density back in time (i.e., at greater distance) should be larger than closer in time (at nearer distance).  The smaller overall volume of the universe shortly after the Big Bang, which is what is allegedly visible when we look at great distances since the finite speed of light means that the light emitted from these early times should only now be reaching us, translates into a greater galactic density at these earlier, smaller universe times. Specifically,

The expansion of the universe means that objects that were very close together at the time they emitted the light that we’re now seeing are [now] spread out over the sky in a way that wouldn’t happen in a universe that wasn’t expanding.

reference: Why does the apparent density of galaxies drop off at larger distances? [http://curious.astro.cornell.edu/about-us/97-the-universe/galaxies/cosmology/531-why-does-the-apparent-density-of-galaxies-drop-off-at-larger-distances-advanced]

However, this is NOT what has been observed:

A universe where the material world is static and the luminous world is expanding … reconcile[s] … the static universe of Einstein with observations of the expanding universe.

Building from the work by Heymann, the author considers two cases:

This examination is accomplished through computer simulation which randomly places 100 galaxies over a square area (two rather than three dimensions for visual and computational convenience – conclusions apply equally to three dimensions).

For the first case, i.e., no cosmic expansion (“steady state”), the 100 galaxies are distributed randomly over 6 x 6 = 36 square units.  For the second case, i.e., cosmic expansion (“Big Bang”), the initial universe is reduced to only 2 x 2 = 4 square units, with the 100 galaxies distributed randomly within.  This “universe” is then expanded to 4 x 4 and finally 6 x 6 square units, representing the “expansion” of the universe.

In each simulation, a circle whose diameter matches the sides of the square is overlaid to determine how many of the 100 simulated galaxies fall within the circle (which, for the second case, expands with the matrix to 4 x 4 then 6 x 6, with the portion visible at each time step remaining within the circle overlaid in the 2 x 2 matrix).

The results shown in the Figure (with time from the present increasing to the right, i.e., looking back further in time at greater distances) confirm the expectation that an expanding universe should exhibit greater galactic density with distance and elapsed time while a non-expanding universe should exhibit essentially a constant galactic density with both greater distance and elapsed time.  (The vertical axis indicates relative galactic density based on the simulation using the assumed 100 galaxies.)

However, neither “universe,” non-expanding or expanding, shows a “smooth decrease (in density) with increasing distance (back into time)” as has been observed. However, if one considers galactic brightness, intervening dust/gases, etc., it is fairly easy to extrapolate the constant density for the non-expanding universe to a likely apparent smooth decrease as the number of “observable” galaxies decreases with distance (and, therefore, the galactic density, as observed and expected). For this to hold for the expanding universe, the significant increasing trend (vs. constant) would need to be overcome.

Even if one speculates that there should be less galaxies “in the distant past” for an expanding universe as one sees deeper into space, and closer in time to the alleged Big Bang, note that a shorter time span can be considered, perhaps maybe a few or, at most, several billion years, during which most of the galaxies would already have formed, removing the rate of galactic formation from consideration. Though much simpler than the simulations performed by Heymann, these results appear to align with his conclusion:

Observations of galactic density with distance suggest a steady-state, non-expanding universe rather than one expanding as a result of an alleged Big Bang.

Here is a video of Ray’s presentation of this paper at the CNPS 2018 conference in Storr’s Connecticut:

For those more technically inclined, the technical paper for this article is Cosmic Expansion vs. Galactic Density by Ray Gallucci which also lists references to Heyman’s paper. 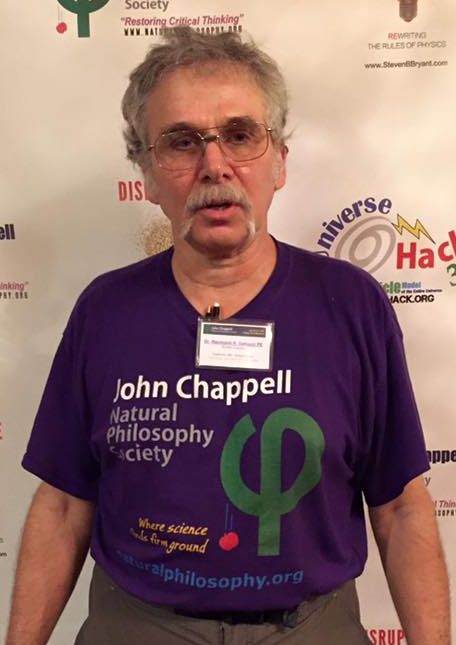