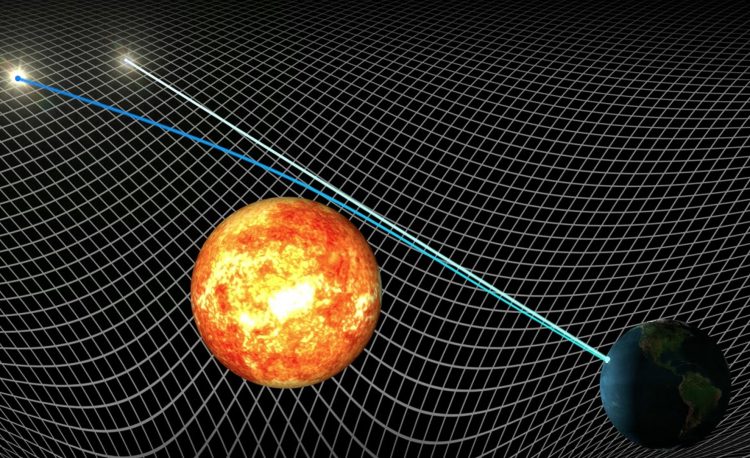 Einstein’s fame didn’t come from his famous equation E = mc^2, but from his predication that gravity bends light. And if are keeping up with science in the media and online, you see scientists talking about examples all over the universe where they use the bending of light for useful observations including finding planets around other suns.

Yet, Einstein’s theory that gravity bends light, is just that: a theory. Is there another explanation? And even more important, are there observations that contradict Einstein’s prediction?

The answer is yes to both.

No Bending Outside the Corona

As an eclipse does show, the sun does bend starlight. But it bends starlight because of light rays going through the corona of a sun and much like a stick in water, the image is bent.

Therefore according to Dr. Dowdye, all the supposed gravitational lensing that scientists see is in reality, light passing through not empty space or space-time bending, but passing through mass and the mass in space is bending the light