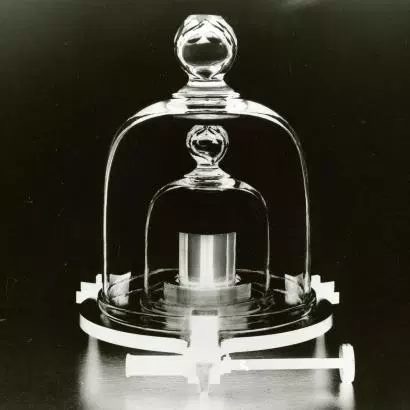 Its been in the news as imminent for years, but it actually took until May 2019 for the the International Committee for Weights and Measures to officially change the definition of the kilogram from an artefact kilogram ( a lump of metal in Paris ) to a multiple of units based on fundamental constants.

Growing Earth theory asserts that gravity on Earth is increasing ( by about 3 billionths g per year ) due to the increasing mass of the Earth ( about 2 million tons per second ) , so kilogram weights should increase in weight every year.

Despite the best efforts to keep them clean, standard kilograms around the world were found when measured to vary in weight over time, typically gaining weight. This was ascribed to absorbing ultra trace amounts of metal vapour from the surrounding environment – even though they were kept in pristine vaccuum conditions.

The new definition of the kg eliminates this possible source of contamination. Great yes?

Well yes, but for growing Earth people it comes with a bit of extra fun. Unlike normies, we know that kilogram weights under this new definition will continue to gain weight due to the increasing gravity of Earth. This will leave the engineers and scientists at the international standard committee scratching their heads on why they can’t get their weights to stay at a constant weight.

It will take many years of data for them to report it. But I expect in my lifetime ( i’m 40 ) I will see the news one day that kilogram weights still baffle experts by gaining weight.