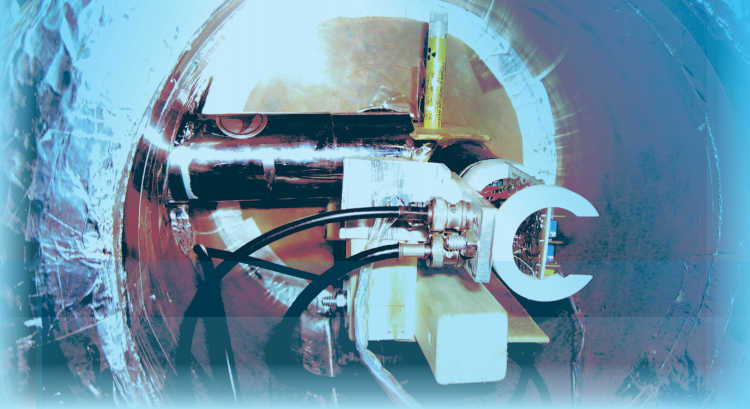 This new beam-split test performed with gamma-rays defies the cherished idea in modern physics that energy is always emitted and absorbed quantized. These experiments were newly performed in many ways, with both matter and light. To maintain energy conservation, experiments show absorption must be continuous and only emission is quantized. Continuous absorption implies a pre-loaded state in matter that was not well understood. With no prior evidence defying quantized absorption, physics was stuck in this quantum paradox since 1905.

We assert that the long standing wave-particle duality paradox is not some inherently unsolvable attribute of nature; it is a riddle to be resolved. Toward resolving this riddle we must consider that our most respected names in physics have made problematic assumptions. This paper challenges wave-particle dualism by: (a) revealing specific problematic assumptions in theory, (b) revealing biased interpretation of experiment, and (c) introducing a visualizable replacement, a Threshold Model (TM). Where wave phenomena are observable in either light or charge, instead of thinking of wave properties of particles, here we say we are really dealing with waves. In the de Broglie-Einstein model(1) or in the Born model, (67) the wave properties are usually assigned to a guidance mechanism of particles.

These particles, properly called quantum mechanical particles, typically maintain a classical particle nature while being guided by a strange non-physical probability wave. It is apparent in writings of the founders of quantum mechanics, that after acknowledging wave properties, they revert to describing particles with a greater reality than waves. Authors will often assume a particle exists prior to a detection event.Written discussion of this profound assumption are rarely satisfactory, and the issue is usually ignored with immediate reference to the particle.  You do not usually read about the particle nature of waves, you read of the wave nature of particles. We are dealing with a particle biased mindset.

This particle-bias has profoundly altered our interpretation of experiment. To avoid confusion a few definitions are required. In the context of conventional theory, the words “photon” and”electron” imply particles in a dualistic (quantum mechanical) sense where the particle is somehow guided by a wave. In the context of TM, instead of “photon,” it is best to just use hn, pronounce dache. New in honor of Max Planck who used his action constant h and the Greek letter nu (n) for electromagnetic and charge-oscillator frequency. Please don’t confuse n with V= velocity. In TM anhn of electromagnetic energy is quantized only at the instant of emission, and thereafter spreads classically in space. Similarly, it is often misleading to talk of an electron as a thing. It is safer to talkof a special quantity of charge, e.Quantum mechanical models of light and charge have great problems.

If a wave guides a particle, what would generate such an all-seeing wave? If the particle generates the wave, the field must have a center. There has never been devised a causal model whereby such a field can guide particles to create an interference pattern. If the wave were to somehow convert itself to a particle, the wave must super luminally and magically collapse from all space(1,2,3,4) (Ref. 2 pg. 39) and shrink down to the location of the particle-like event in order to maintain a particle-oriented kind of energy conservation.

Pilot-wave and fuzzy-blob models will break down when you realize the wave will have a center. In a double-slit experiment such a center would not go symmetrically through both slits the way a wave does to create an interference pattern. 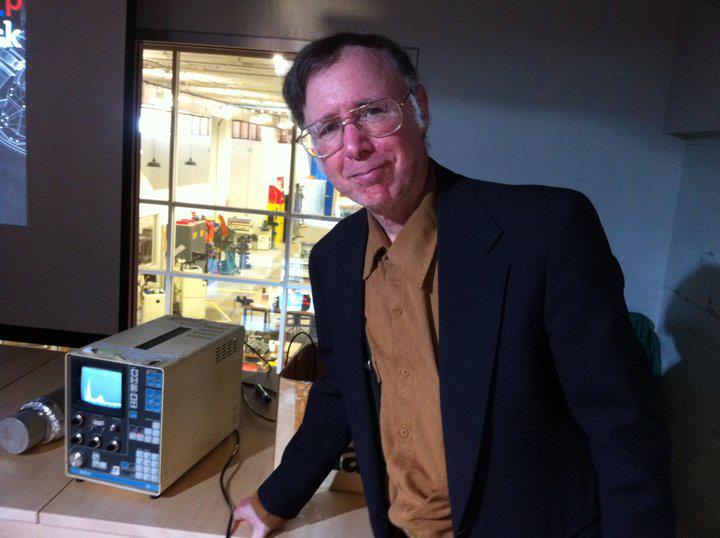