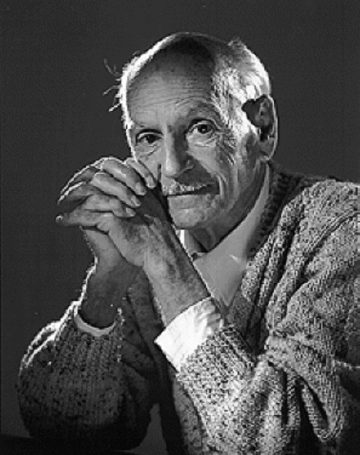 Autodynamics
Author Dr. Ricardo Carezani
Premise There is only one frame for the universe and all we can do is move the origin
Mind Blown PHD student corrects problem in special relativity in the early 1940s
Type Newtonian
Homepage http://www.autodynamics.org
Wiki Page https://en.wikipedia.org/wiki/Autodynamics

While Einstein was still alive and in his 60s, a brilliant young upstart physics student form Argentina was about to unravel the problem with Einstein’s special theory of relativity. Four year’s after Ricardo Carezani asked the question why the kinetic energy equation was being applied to radioactivity, Ricardo had solved the mystery of what went wrong with Einstein’s special theory of relativity and in correcting them, came up with a new set of simplified equations.

Einstein’s Two Frames Needed to be One

What Carezani found was that when it comes to math and physics, the universe has only one three dimensional space and therefore, one coordinate system. That sounds silly, but it has profound implications for the mathematics of Einstein’s special relativity.

In Einstein’s world, he claimed that there are a set of coordinates for every object and that the relationship between the observer and the object required two coordinate systems. Einstein called these “inertial frames” or frames in movement. Einstein was keen on thought experiments where he would reduce the entire universe down into a few things and then concentrate on the relationship between them. One thought experiment he conducted was putting on person on a train with a flashlight, and another on the ground with the train passing by. The person on the train turned on a flashlight and then both the stationary observer on the ground and the observer on the train would try to calculate the speed of light.

Einstein then placed coordinate systems, each with their x and y coordinate and their own origins to then make the calculations necessary. What happens when you combine more than one coordinate system with Einstein’s idea that light must be measured as speed “c” created the bizarre and non-intuitive conclusion that clocks would have to slow down, mass would increase, and length would have to contract.

A young Carezani however took four years to discover that in fact, two or more coordinate systems are in fact “redundant” or superfluous. When he removed them, a new set of equations appeared. All of a sudden, time didn’t need to slow down, or length contract, or mass increase. The new equations in fact showed that for a single object in the universe to move itself, it had to expell or loose mass, not gain mass – much like a rocket.

With the new equations, he found that the neutrino which was invented because of the “magic” energy predicted by Einstein when objects started to be accelerated, was no longer needed and later on, he calculated atom smashing equations without the need of the neutrino. He greatly simplified Einstein’s equation and changed them from relativity, to classical mechanics.

In essence: the world moved from Einstein’s magical relativity to Newton’s classical mechanics.

The primary claim of Autodynamics is that the equations of the Lorentz transformation are incorrectly formulated to describe relativistic effects, which would invalidate special relativity, general relativity, and Maxwell’s equations. The effect of the revised equations proposed in Autodynamics is to cause particle mass to decrease with particle velocity, being exchanged with kinetic energy (with mass being zero and kinetic energy being equal to the rest mass at c). This exchange between mass and energy is the proposed mechanism underlying most of the derived conclusions of Autodynamics.

Predictions of Autodynamics include:

Another separate theory that was partially based on Carezani’s work is The Particle Model by Bob de Hilster and David de Hilster.

Here are some videos I made explaining Dr. Carezani’s work.