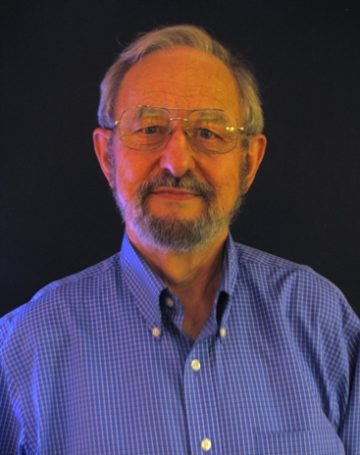 Why should scientist and students who are interested in relativity theory be interested in making an effort to understand the theoretical concepts applied in a Unified Relativity Model that unifies Special Relativity (SR) and General Relativity (GR)?  There is a no more important innovative agenda for free world scientists and engineers than retaining Distributed Information Systems’ superiority and control of the protocols used as well as management of these systems’ operational performance.  During most of the 20th century Albert Einstein understood the importance of connecting the dots that will logically unify SR and GR as one holistic relativity theory but he was not able to develop a Unified Relativity Model.  He kept Special Relativity Theory (1905 SRT) and General Relativity Theory (GRT) as two separate theories and did not describe any unifying connections of heuristic significance between 1905 SRT and GRT (reference).  During this 3rd millennium, free world entrepreneurs and space forces will need to retain private, public and defense communications systems superiority in outer space as well as within the Earth’s atmosphere where communications systems components (e.g. communications servers and platforms) will be moving at relativistic velocities with respects to (wrt) each other.  These systems components will also encounter the relativistic effects of intervening massive bodies with gravitational forces that will significantly affect communications systems performance.

How will scientists’ and students’ efforts to understand the concepts applied in a Unified Relativity Model help in retaining systems superiority and control of the operational performance of distributed information systems?  A prerequisite to retaining communications systems superiority is to unequivocally understand the heuristic significance, reliability, capability and limitations of available predictive models and Operations Research (OR) applications that will be available to the Systems Engineers, Performance Managers and Capacity Planners responsible for measurement, reporting to upper management and control operations needed to retain systems performance superiority.  The reliability of all available models and OR applications should be subjected to “Critical Analysis” in order to make informed choices of “best practices”.   An appropriate starting point for this “Critical Analysis” is to analyze and understand the reliability of the “Relativity Queuing Systems” software product that has three simulation modes: the “1905 Special Relativity Mode”, the simple “SR MM1 Queuing System Mode” and the “MMM Queuing System Mode”.  The MMM Queuing System unifies Special Relativity (SR) and General Relativity (GR); therefore, the MMM Queuing System is a Unified Relativity Model.

Why is the SR MM1 Queuing System called a simple model?  Because it is derived from a simple, elegant and easy to understand queuing system called the M/M/1 Queuing System that is ubiquitous in models used to predict response time degradation (i.e. response Time Dilation) in Distributed Information Systems that include networked computer servers / systems. It actually simplifies concepts introduced in 1905 SRT by “critical analysis” and making them easy to understand with lucid descriptions and figures that describe time dilation, Lorentz length contraction, stellar aberration, reciprocity and relativistic Doppler effects in detail.

What prompted the development of the Relativity Queuing Systems? After retiring from a 30+ year career as a Systems Engineer with extensive experience in cutting edge development and use of mathematical and analytic models for Distributed Information Systems performance management and capacity planning, the development of the Relativity Queuing Systems was a natural consequence of the simple question: Can Albert Einstein’s Special Relativity Theory (1905 SRT) be used to build a model that can be used to predict relativistic effects of velocity on the performance of  communications systems components (e.g. communications servers and platforms)  moving at relativistic velocities wrt each other?  While researching 1905 SRT, a eureka moment occurred when it was discovered that when plotted on the same chart the “Relative Time Ratio” curve described by the 1905 SRT function [t/t’ = 1 / (1 – v2/c2)0.5 = β90°) ] is congruent with the M/M/1 Queuing System’s “Relative Response Time Ratio” function [RT/ST = 1 / (1 – U), see description of the M/M/1 Queuing System in the next two paragraphs] as well as the MM1 Relativity Queuing System’s function [ET/RT = 1 / (1 – TU)] where ET is the response time measured by the “stationary” Observer, Response Time (RT) is the response time measured by the “moving” Traveler and Time Utilization (TU) is a time capacity utilization metric. It then became intuitively obvious that a “moving” Traveler’s Response Time (RT = t’ ) and a “stationary” Observer’s Elapsed Time (ET = t) dilation satisfy the MM1 Queuing System relationship [t/t’ = ET/RT = 1 / (1 – TU)] when time capacity utilization > 0 (e.g. when 0% < TU < 100% or 0 < v < c).  This eureka moment led directly to the development of the SR MM1 Queuing System and eventually to the development of the holistic MMM Queuing System.

If you have a high visuospatial IQ, a good understanding of analytic geometry and are very interested in “Critical Analysis” of SR and GR then you will find that the visual aids available in the Special  Relativity Queuing Systems (SRQS Text & Figures) preview and the Relativity Queuing Systems (RQS Distribution Files) will help you to envision more. The full Software Product Distribution is FREE and may be downloaded by a User age 18 or greater.  The Predictive Model “Relativity Queuing Model.V2R1.xls” including its associated “RQS.Figures & Tables.pdf”, “RQS.Model Instructions.docx” files as well as the “Relativity Queuing Systems.doc” are parts of an evolving software product.  However, the best starting point is to first complete a “Critical Analysis” of Special Relativity Theory (SRT) to develop a good understanding of concepts introduced in SRT.  Previewing the SRQS Text and Figures is the essential starting point.  Start here by clicking the following links; then, download the Text file and the Figures file to a PC’s default download folder, open both downloaded files into an Adobe Acrobat Reader window before closing this “On a Unified Relativity Model” page. Click the Figures Tab, click “Window” in upper left corner of Figures Tab, click “New Window” to open the Figures file in a new window.  Both windows should be opened at the same time to facilitate comparisons of Figures that are referenced in the Text.