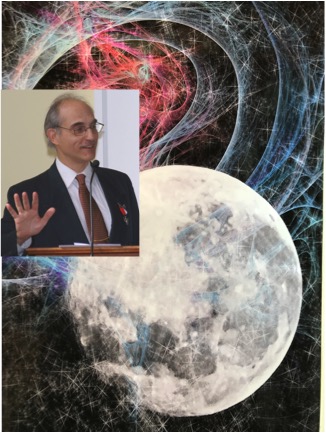 This is not the first time such a question has been raised. In fact, a lot of people believe this is really the case. What gives this concept new life is that it can be modeled as a Science using an engineering principle called “dislocation theory”. The movement of  “dislocations” or “holes” in solid materials is well known in metallurgy and solid state physics. It is the basis for electricity flowing in wires and all computer circuits.

The exciting thing about the theory is it causes us to really stretch our minds. In Space Lattice Theory (SLT), what we think of as matter, i.e. chunks of hard stuff whizzing through empty space, is EXACTLY THE OPPOSITE!   In SLT, matter is due to chunks of empty space, i.e. movable “holes” in the Lattice crystal. The excitement of the theory is that this new model could produce a comprehensive set of simple, visualizable explanations for most of the concepts of physics!  It answers many of the unanswered questions of our time. It explains matter, time, cause and effect, energy, and how energy converts to matter (E=mc2). It explains gravity and electric and magnetic fields; how they can be physical realities, and how they could work. Space Lattice Theory supports a “big bang”-like beginning for a 3-D “visible” universe, explaining how it could easily emerge from what appears to be the nothingness of space, but without having to change any laws of physics. Puzzles like the particle-wave nature of photons are explained. Problems with current theories for subatomic particles, cosmology and Special Relativity are explained. New models are suggested.

Most significant, Space Lattice Theory presents a comprehensive model for the Grand Unification of all forces and matter in the universe, AND, it can be understood by any reader because it doesn’t require complex math.