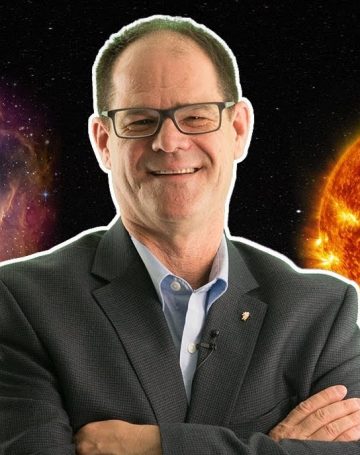 We all have been taught that stars are gaseous bodies and to say otherwise, you have to have pretty compelling evidence. But that is exactly what Dr. Pierre-Marie Robitaille has for his hypothesis that stars are made up of metalic hydrogen.

Professor at the Ohio State University that has shown that the background radiation associated with the big bang comes from the oceans, not deep space.

From 1995-2000, Dr. Robitaille led the design and assembly of the world’s first Ultra High Field human MRI scanner. This scanner operates at a magnetic field of 8 Tesla (160,000 times the earth’s field at sea level). The 8 Tesla MRI doubled the previous record for magnetic field strength in MRI. Dr. Robitaille has published an editorial work on UHFMRI (Pierre-Marie Robitaille and Lawrence J. Berliner, eds, Biological Magnetic Resonance vol. 26: Ultra High Field Magnetic Resonance Imaging, Springer, New York, 2006). This work features a preface by Paul Lauterbur (Nobel Prize 2003, Medicine). It was as a result of the findings in UHFMRI (a lower than expected RF power requirement) that Dr. Robitaille became involved in Kirchhoff’s Law, Universality, and other aspects of thermal physics.

Liquid Metallic Hydrogen as a Solar Building Block
by Pierre Robitaille
Our Sun has confronted humanity with overwhelming evidence that it is comprised of condensed matter. Dismissing this reality, the standard solar models continue to be anchored on the gaseous plasma. >>>think critically...