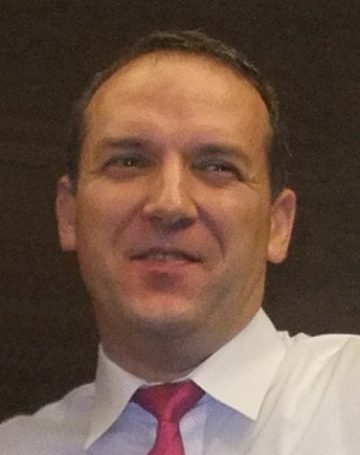 How could playing in a children’s pool reveal one of the greatest secrets of the universe? Just ask physicist Ionel Dinu from Romania. Better yet, take a look for yourself:

You can check out other amazing videos from his underwater experiments on his YouTube channel:

In His Own Words

Along with teaching physics, I am involved in the study and research of the AETHER – the substance that makes possible the propagation of light and the interactions at-a-distance: magnetism, electricity, gravitation.

It can be said that I belong to the 19th century physics school of plenum, seeking a MECHANICAL explanation of these interactions. I believe that all physical phenomena should be considered unexplained until they are mechanically accounted for.

Like all the physicists of the 19th century, I came to believe that the aether exists. My conception of the aether is that of a compressible inviscid LIQUID filling all the space unoccupied by matter, including the inter-atomic spaces, making the equations of FLUID MECHANICS fundamental for the understanding of physical phenomena. For example, inertia is a hydrodynamical effect in the aether and Newton’s 2nd law of dynamics giving the equation for the force accelerating an object (F=ma) can be explained phenomenologically through the dynamical resistance (not friction) exerted by the frictionless liquid aether on objects accelerating through it.

My fluid mechanical experiments prove that attractions and repulsions occurring at-a-distance across space are transmitted through the liquid intervening between the objects in motion in that liquid.

The liquid aether forces us to accept that LIGHT is a LONGITUDINAL WAVE of compression in the aether and thus the polarization of light should be explained within this framework and not as a transverse wave. Such a breakthrough in physical optics is possible through introducing the idea of dynamical fragmentation of a wave’s wavefront. See the article “On an Experimentum Crucis for Optics” for proof that sound in air -a longitudinal wave- behaves like a partially polarized wave when reflected and thus it is similar to light polarized by reflection on glass. The experiment shows that explaining polarization phenomena by transverse waves is untenable.

2013 - Radio Waves - Part I
2013 - Radio Waves - Part II
2013 - Radio Waves - Part III: The Photoelectric Effect
2012 - A New Theory of Polarization of Light
2012 - Trouble with Maxwell's Electromagnetic Theory: Can Fields Induce Other Fields in Vacuum?
2010 - On an Experimentum Crucis for Optics
2010 - Rudiments of a Theory of Aether
2009 - Aether Thesaurus
2009 - Have You Done Experiments in Fluid Mechanics Lately?
2008 - New Fundaments for Classical Mechanics
2008 - Optical Phenomena in the Aether
2008 - The Aether of Space
2008 - Why No Theory Based On Einstein's Principle Of Equivalence Can Tell What Gravitation Is
2007 - Bernoulli Equation for the Aether and Ampere's Effect
2007 - Microscopic Processes in Electrodynamic Phenomena
2007 - The Origin of Gravitation
2006 - What's Behind Faraday's Magnetic Lines of Force?