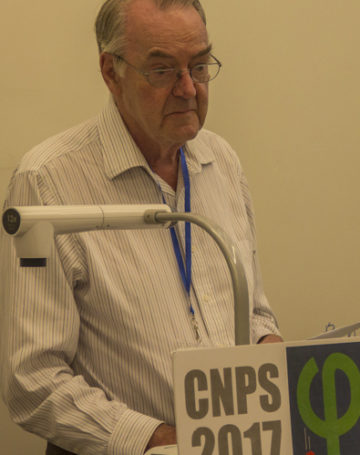 Ok, so you spent your life judging right and wrong under every human and logical circumstance you can imagine. Why can’t scientific laws also be judged and weighed? And who better to do that than a lawyer and retired supreme court justice?

Duncan Shaw in a few short years has developed an aether theory for light and gravity that is inspired in part by the weather in his beautiful hometown of Vancouver Canada. There, Duncan noted that mists condensed into rains and then returned to the sky in an never ending cycle.

You can read more about Duncan and his work:

2019 - Aether Based Gravity, Electromagnetism, Quantum Mechanics and Entanglement
2017 - Aether Concept of Gravity
2016 - Maxwell's Aether: A Solution to Entanglement
2015 - On the Cause or Causes of Inertia
2015 - On the Structure of Atoms
2012 - Unity Between Gravitational And Electromagnetic Forces: A Concept
2011 - Electricity and Magnetism: A Return to Aether
2010 - The Cause of Gravity: A Concept
2009 - On The Cause of Gravity